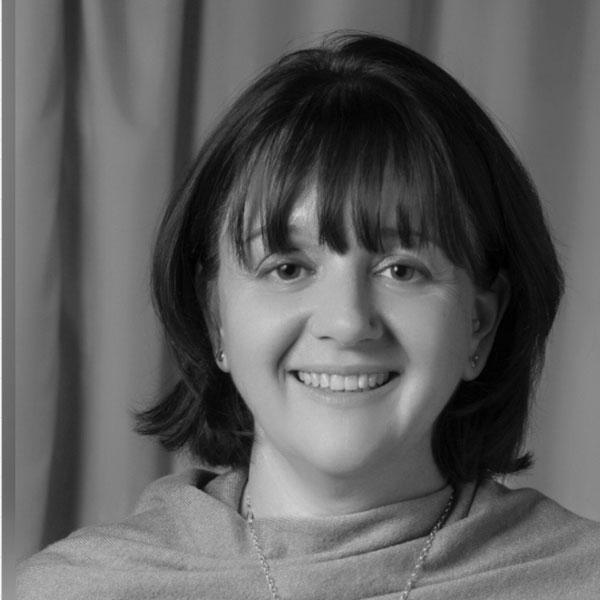 Maria has been a client, volunteer, Trustee and was the Chair of Trustees for 6 years before becoming CEO in June 2018.

Maria had a moderate perinatal illness after the birth of her second son and began to use Mothers for Mothers helpline, groups and counselling service. During her pregnancy with her daughter she became more ill and was severely ill after her birth. Mothers for Mothers continued to support Maria through this until she had fully recovered.

Maria is a member of the Royal College of Obstetrician and Gynaecologists Women’s Network and the Women’s Voices Panel. She is a member of the RCOG lay faculty and a lay examiner. Maria enjoys her role at the College and fully supports the aim to improve women’s health in the UK and globally. She also sits on the National Maternity and Perinatal Audit Perinatal Mental Health Sprint Audit advisory group.

Maria’s Patient and Public Involvement began in 2006 and she is currently the PPI Lead at the Tommy’s National Centre for Maternity Improvement.

Maria is an expert by experience and a Maternal Mental Health Alliance Everyone’s Business Campaign Champion.

In her spare time Maria enjoys walking her dog and landscape art. 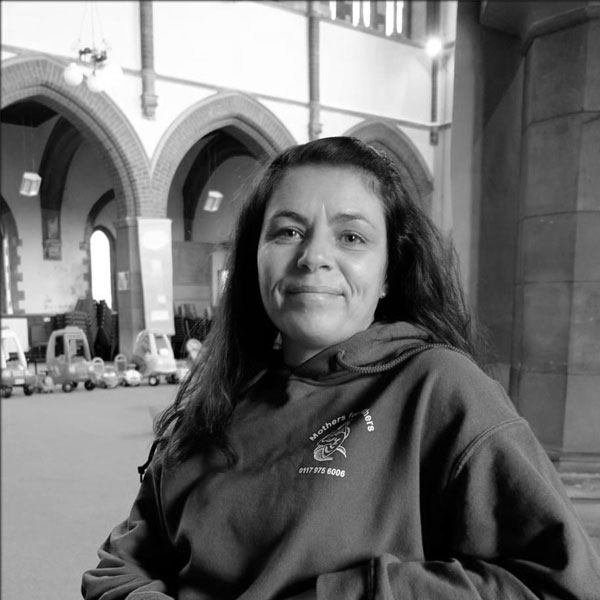 Rachel Langford is a mother of 2 and suffered with severe Post-Natal depression after the birth of her second child. Rachel received support from the crisis team and Mothers for Mothers. When Rachel recovered, she began volunteering at Mothers for Mothers and joined the management committee, offering telephone support and setting up the Bedminster group. Rachel started paid employment at Mothers for Mothers in 2004 and now co-ordinates our four support groups, organising therapists, trips, events and most recently our gardening group. In her spare time Rachel’s interests are gradening, reading and being outdoors. 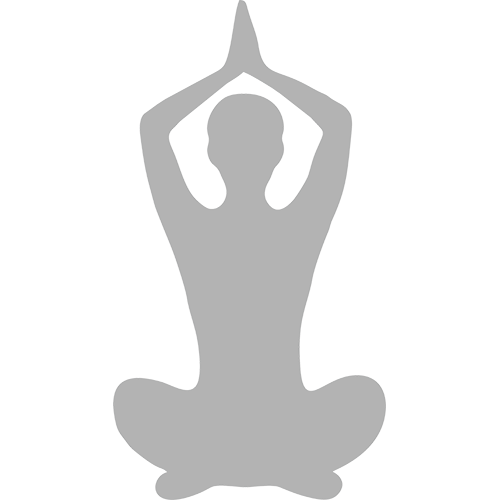 Liz suffered from severe depression and anxiety with her first child, over eleven years ago. She had no family support, and wished that she had known about Mothers for Mothers. During her career she worked in child protection, housing and family support. She is currently studying for her masters in counselling and psychotherapy and is on placement with Bristol After Stroke. She has been Home Visiting Coordinator at Mothers for Mothers for almost two years. Liz carries out home visits, as well as manages our home visiting volunteers. She thoroughly enjoys her role and knows that we make a huge difference to the women we support. 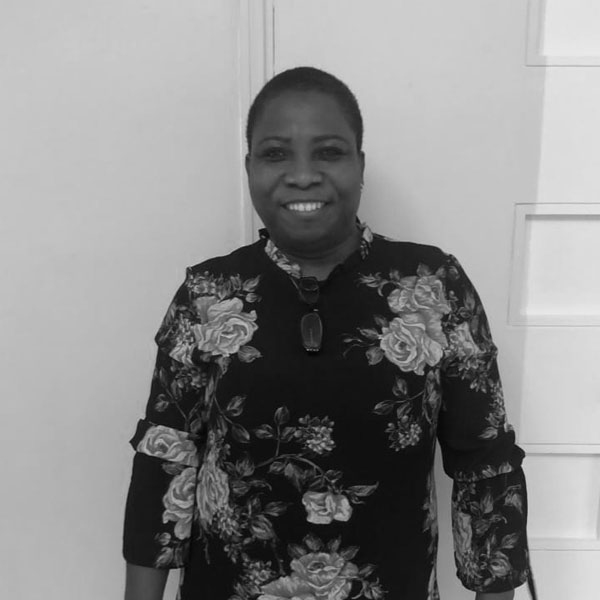 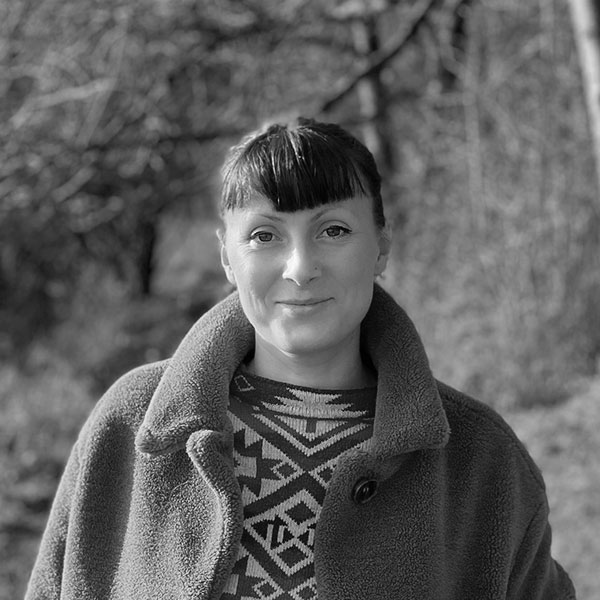 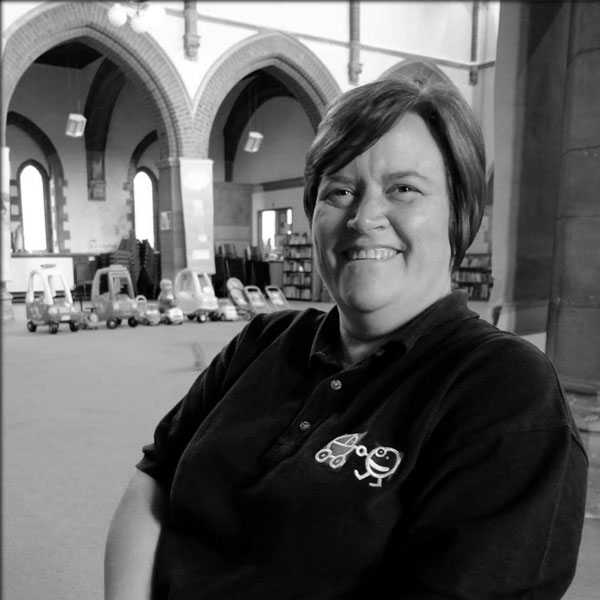 Jo is our play support worker and has been a valued member of our team for 16 years. She is a mother of three and suffered with PNI after her third child. Jo was supported by Mothers for Mothers and found it beneficial using several of our services to help her on her journey to wellness. In time, Jo began helping at the groups as a volunteer which later turned into a more permanent position to the play support worker she is today. Jo loves spending time with her family and loves to watch football especially when her children play. 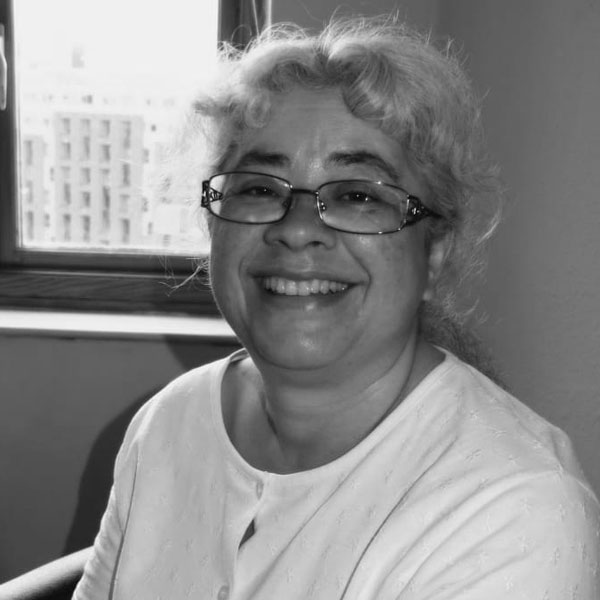 Selina came across Mothers for Mothers at a charity fair and knew that she had found a group that would benefit from the therapy sessions she could offer. In 2006 she began volunteering at groups, treating mums to Indian Head Massage and Reiki. 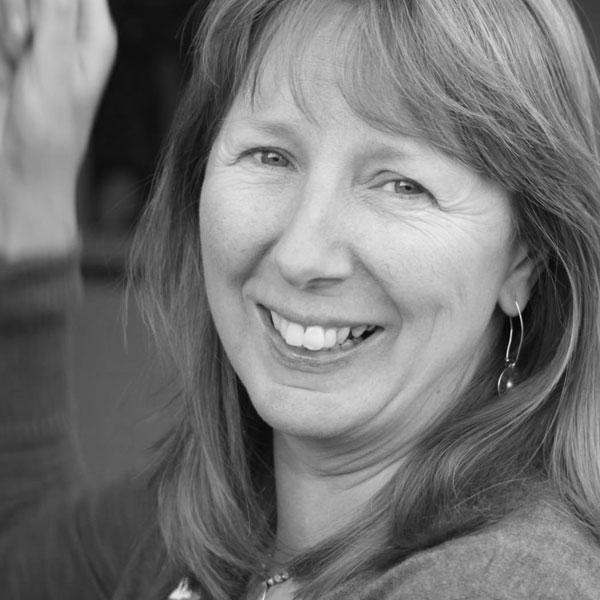 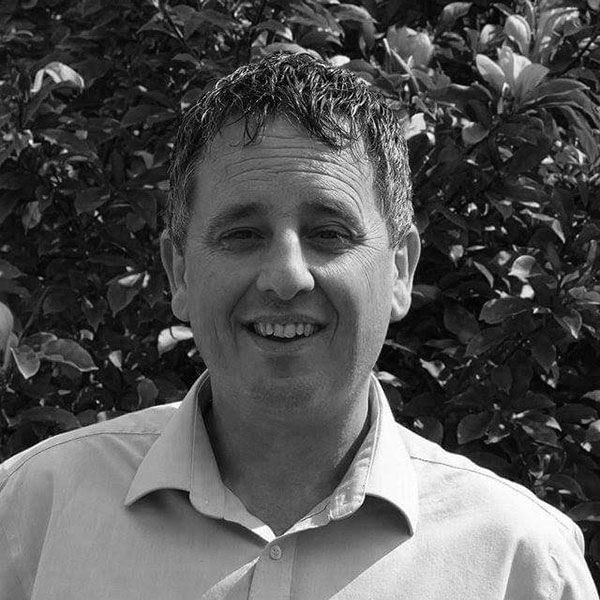 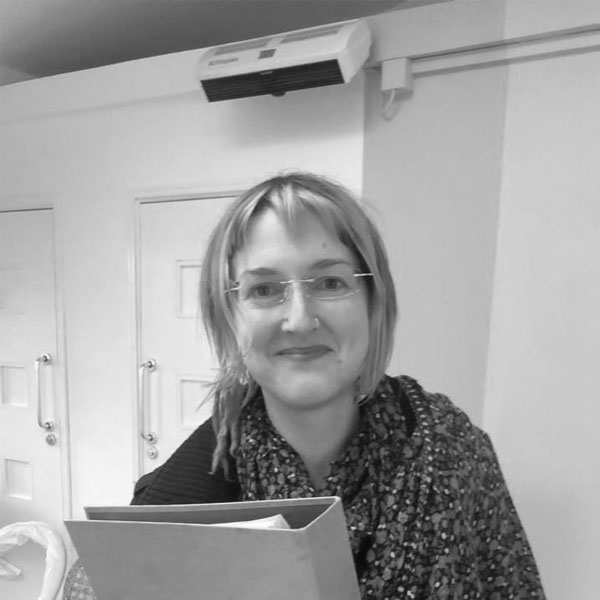 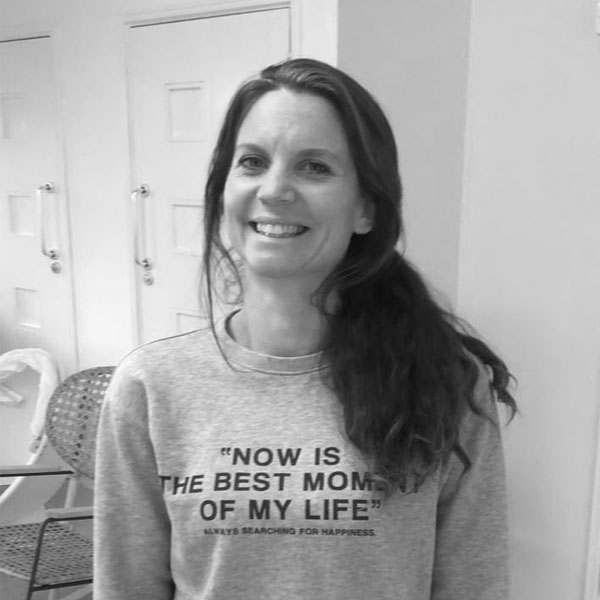 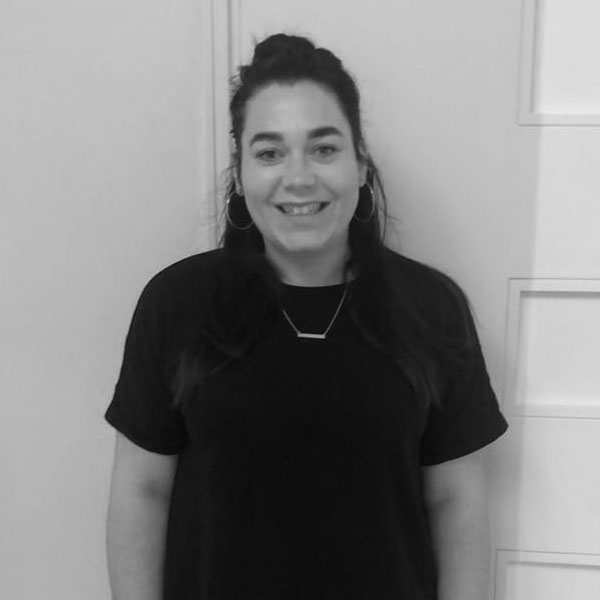 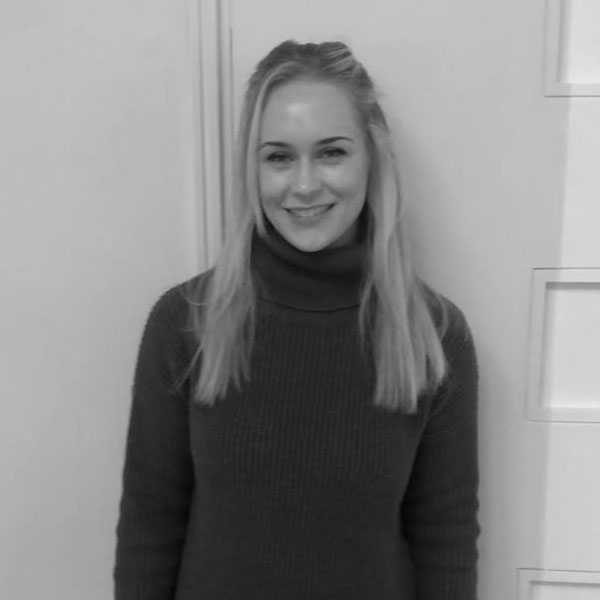 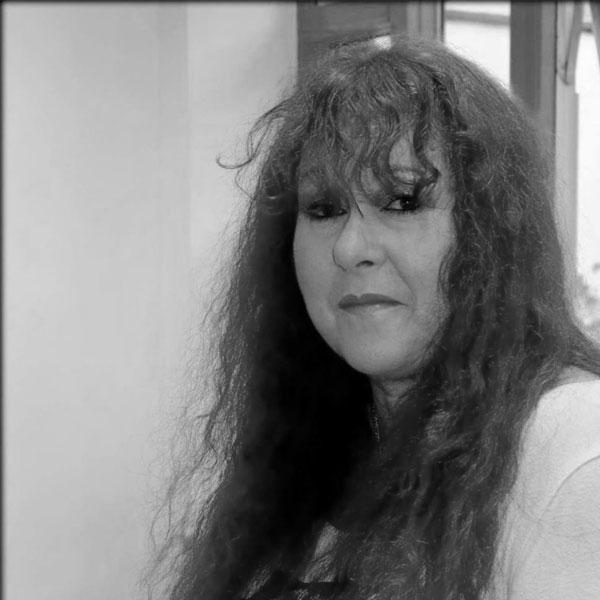 Kym suffered from PNI with her second child and unfortunately living in Weymouth there was nothing like Mothers for Mother’s to offer help and guidance. Luckily Kym had good friends who realised there were issues and supported her through it. During this time, she was trying to come to terms with having a disabling back condition that started during the pregnancy. Despite this, after moving to Bristol she managed to run a successful gardening business until she later developed fibromyalgia which meant she had to give up the gardening business she loved. However, it opened up the opportunity for a new career where Kym retrained as a counsellor at degree level. During her training she was asked to take part in a placement. Kym started on the helpline at Mothers for Mothers and volunteered at group making teas, talking and listening to the mums.

She has continued at the groups and now as a qualified counsellor offers one to one, person centred counselling for the clients. 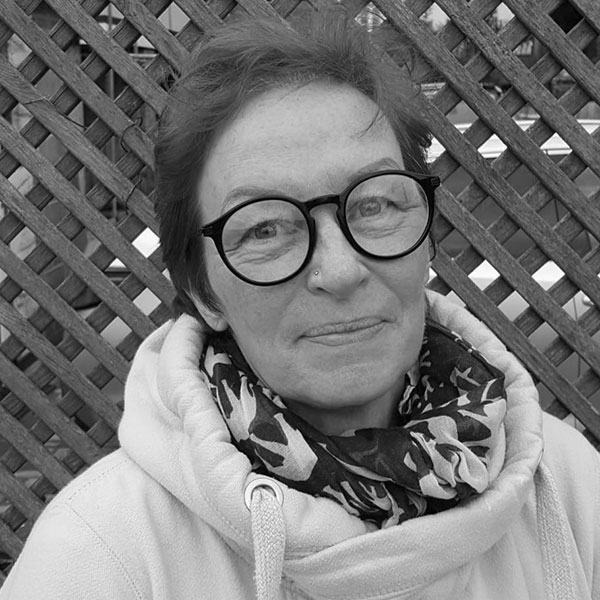 Belinda was delighted to be appointed as Chair of Mothers for Mothers in January 2021. She  took retirement from the NHS in 2017, after spending  almost 30 years as a midwife in various clinical and management roles; she was also a Supervisor of Midwives. During her time as a midwife Belinda was a champion for women’s informed choice, and an advocate of vaginal birth and breastfeeding.

She has been using her time productively since her retirement, and now volunteers for various organisations which support people with mental ill-health, domestic abuse and homelessness. She also does a few hours paid admin work each week for a Bristol organisation supporting disadvantaged young people.

She lives in Clevedon with her pussy cat, Daisy, and enjoys visiting Lundy, knitting, and swimming in the Marine Lake all year round.’ 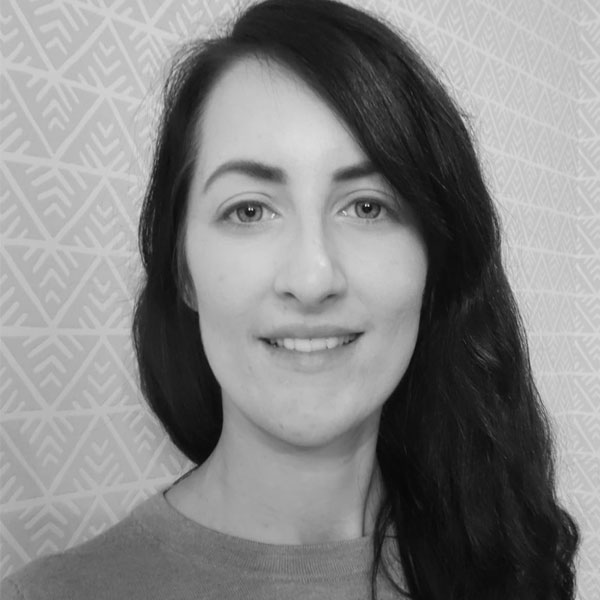 Laura has a background in design and over the past 3 years has helped to rebrand and modernise Mothers for Mothers charity literature. She creates contemporary leaflets to promote our services and has co-ordinated the content and designs for the new website. She suffered from anxiety and depression after her first-born son. Laura also works as a volunteer on the helpline. 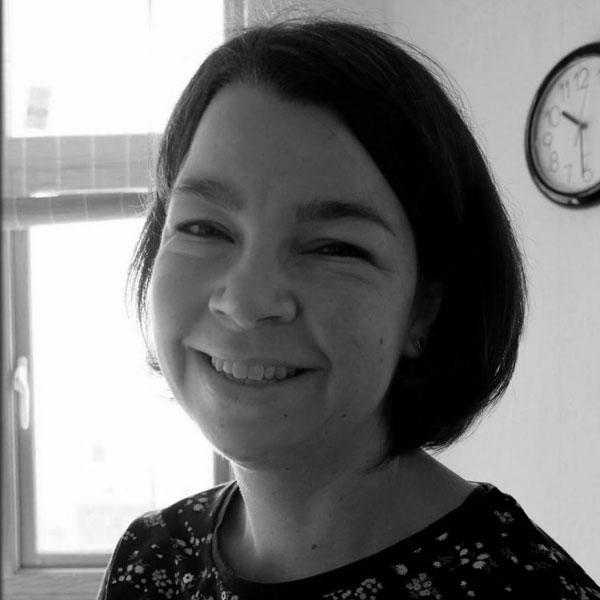 Emily suffered from a severe perinatal mental illness and was admitted to the Mother and Baby Unit in Southmead Hospital. She received support from Mothers for Mothers and regularly attended the support group at Barton Hill.

Emily has a marketing and broadcasting background; she has worked as a Category Marketing Lead for an international company and previously worked for the BBC at Television Centre. She currently works in the Bristol Youth Offending Team. Emily also volunteers on the helpline, at support groups and in the office. 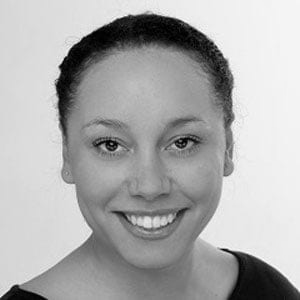 Kelly has worked in Events and Marketing for many years and is currently an Account Manager for a Bristol based events company.

Having worked with many charities over the years, Kelly has gathered vast insight into how incredibly important charities are, especially those focussed on mental health and well-being. She has organised a variety of fund raising events and co-ordinated marketing strategies which have significantly helped organisations to support their members, raise awareness and develop growth.

She’s very much looking forward to working along side Mothers for Mothers and supporting their growth and amazing work. 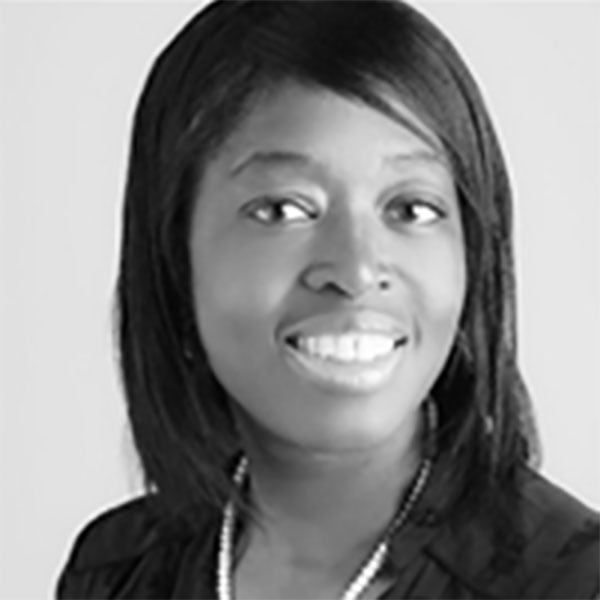 Karen is a consultant in obstetrics and gynaecology. With expertise in high risk obstetrics, medical disorders in pregnancy and medical education.

She is also passionate about education and is the director of medical education for the division of women and children. She is also course director for a regional multi-professional simulation course.

In addition she is the Training Programme Director for Obstetrics and Gynaecology in Northwest London for which she oversees the training of doctors in 6 hospitals across the region. She is also involved in the delivery of training nationally in various roles at the Royal College of Obstetricians and Gynaecologists. 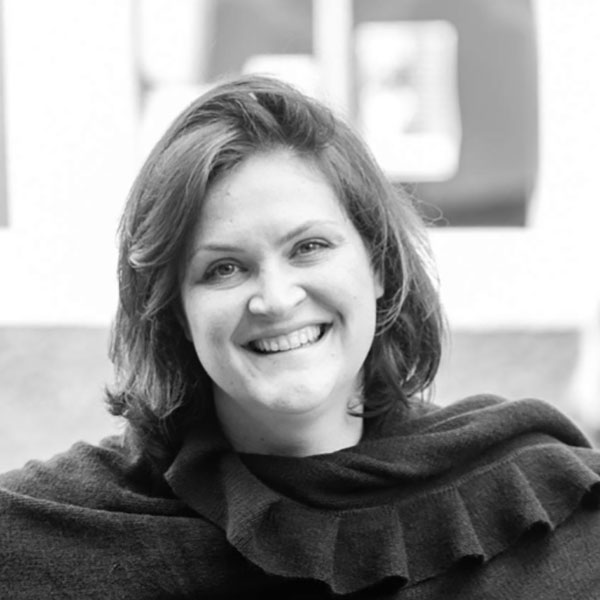 Dr Caroline is a Clinical Psychologist and has worked in the NHS for over 20 years in mental health and learning disability services. She has worked in both inpatient and community services and has a strong interest in working with people and families with autism. Caroline also jointly runs a small specialist company that provides training about mental health and ASD to health and social care professionals. Caroline lives in Bristol and has two children – she benefited hugely from attending mother and baby groups following the birth of both her children. In recent years she has discovered the joys of swimming outside in cold water and has become a keen advocate for its positive impact on wellbeing. 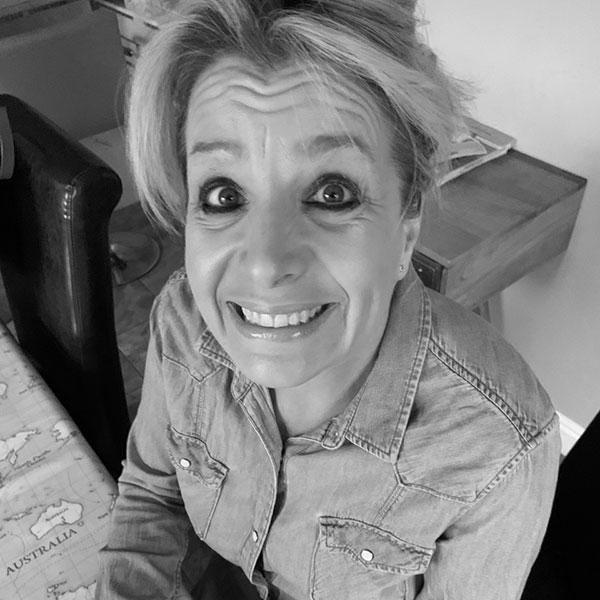 Mel Lloyd has been a nurse and midwife in the NHS since 1996 with over 20 years’ experience as a midwife working between delivery suite, community and 5 years as a continuation of care team leader. Mel is currently working on central delivery suite at St Michaels Hospital.

Mel has experienced first-hand the impact poor mental health has for women and their families in both in pregnancy and beyond. Mel has a particular interest in the impact that infertility has on mental health having experienced this first hand. Mel also has interest in PTSD and birth trauma and understands the importance of help and support. Mel has undertaken extended learning in perinatal mental health and hypnobirthing, this has further enabled expansion on how we can have an impact through ante natal education. 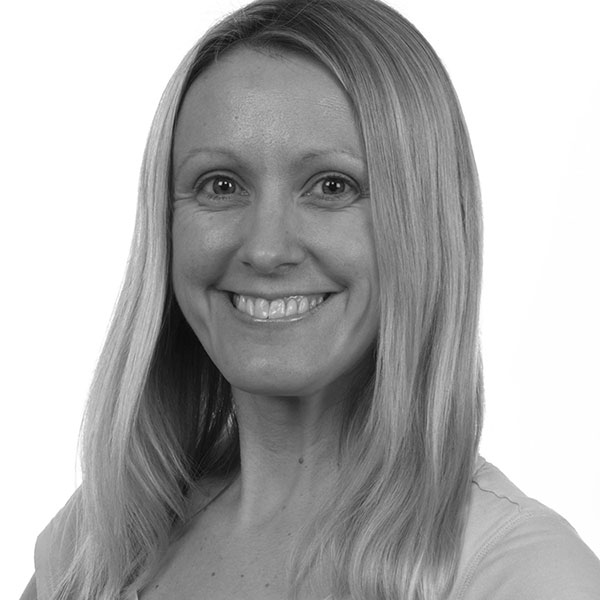 Dr Christy Burden is a Consultant Obstetrician, Senior Lecturer and Head of the Academic Women’s Health Unit at the University of Bristol and North Bristol NHS Trust. Her clinical and research interests are in maternal medicine and improving pregnancy outcomes in high risk pregnancies. She is also the NIHR Clinical Research Network Lead for Reproductive Health and Childbirth in the West of England. She works as the Practical Implementation Lead for the Tommy’s National Centre for Maternity Improvement. 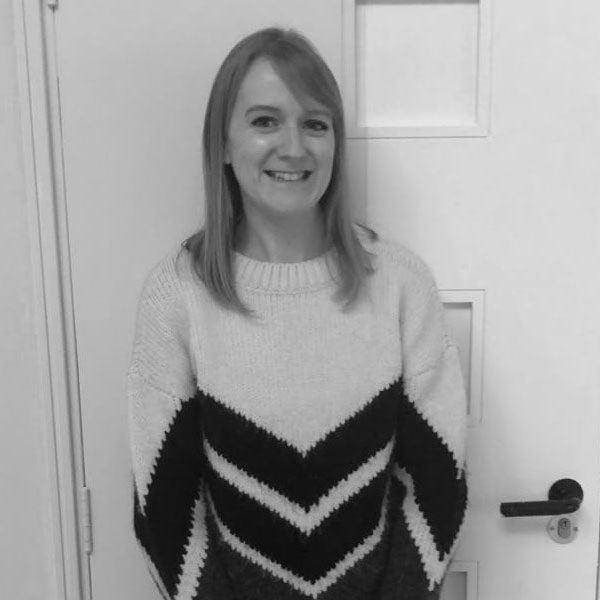 Amanda Clarke is a chartered accountant and works in risk management for Triodos Bank, where she is also a Mental Health First Aider. She suffered from post-natal anxiety after her first baby and found counselling to be of significant help when her father passed away soon after her second baby was born. She is passionate about helping all mothers find adequate support as they navigate early parenthood. Amanda has been a volunteer on the helpline since the start of 2020. 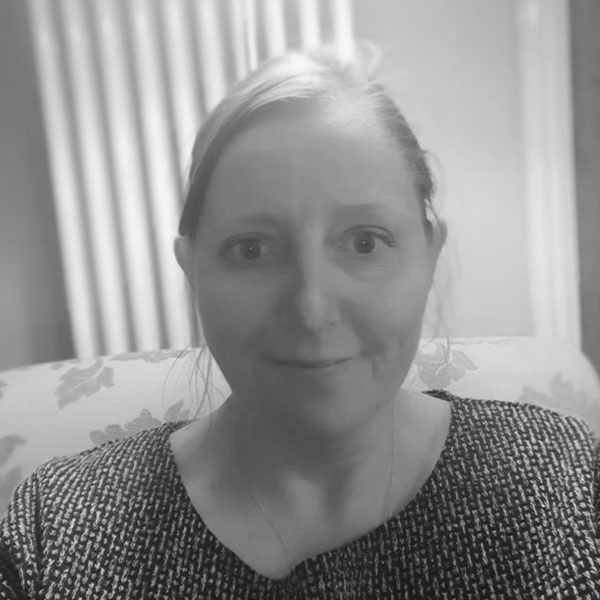 Nicky has been working in the NHS for the last 30 years both as a nurse and as a midwife. Nicky has 23 years experience as a midwife both in the community and hospital setting. Nicky is also the mental health specialist midwife based at St Michaels Hospital. Nicky has suffered with severe perinatal depression and anxiety following the birth of her two children and was supported by Mothers for Mothers. Through her own lived experience and recovery she wishes to help other mums get the help and support needed to get better. 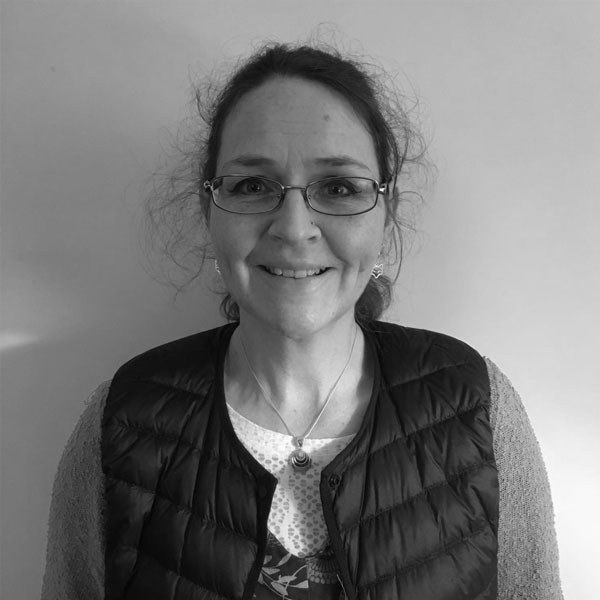 Pip works in Public Health as an NHS Health Checks Community Outreach worker and facilitator on the National Diabetes Prevention Programme. Pip has worked in project management, event organisation and fundraising roles both within the charitable sector with Sustrans and as an elected parish councillor.

From 2004 to 2013, after her third child was stillborn, Pip held various service user roles within the maternity services network: Birth Centre Bristol campaign Supporters Group Co-ordinator; service-user representative on the Maternity Services Review alongside representatives from Mothers for Mothers; Chair of the Bristol, North Somerset and South Gloucestershire Maternity Services Liaison Committee (2008-2010) (now Maternity Voices) and member of the Cossham Birth Centre steering group, which was successful in getting Bristol’s first stand-alone midwife-led birth unit opened in 2013. Two years of midwifery training followed but, for health reasons, Pip eventually decided not to pursue this career and, late in 2015, Pip became a Trustee of Mothers for Mothers.

Pip brings her own experience of post natal depression to this role as her births coincided with a number of significant family bereavements. A strong advocate of the health benefits of physical activity, Pip is at her happiest when riding her bike or out walking her dogs with friends in the woods. 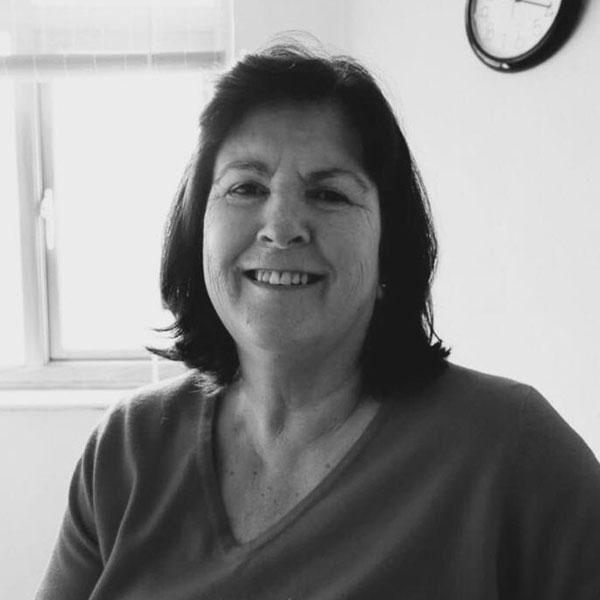